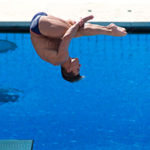 “Chelsea figured out a way to understand who I was as an athlete and worked with the way that my brain function to help me make corrections in diving. She saw my weak spots and help me create a detailed plan that I can work with while practicing in my sport, and in competition. And when I implemented the plan, I had had one of the best experiences in my sport that I ever had. What really makes her a great coach is a fact that she is fully invested in her students.”*
—Sidney, diver

“She’s had 2 matches since she spoke with Coach Chelsea. This past Weds she did well in the first set and continued to play the second set because one of our hitters was injured. She missed a hit in that second set. She was clearly out of position and hit it into the net. The coach pulled her over to the sidelines and told her what she did wrong in a constructive way. In the past, I would have seen her shrink into herself but this time I didn’t. The next time she was set, she went up and crushed the ball. It was great to see her not get down after a mistake.”*
—M. , Volleyball Parent

“She Immediately Bounced Back & Got The Next One”

“Wonderful first tournament.  She made mistakes and errors, as expected for a player in her position, but she immediately bounced back and got the next one.  Coming out, she was so happy with her performance, which is a very very different response than I would normally have heard.  We are reviewing her mind set before she goes into privates to get her in the right place before she starts.  She is definitely moving in the right direction in regards to her mental game.  Thank you!”
—L., Volleyball Parent 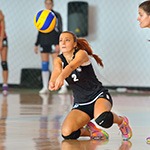 “…I think I was tired and frustrated but I think talking with Coach Chelsea really helped to get me out of the funk ’cause I was doing not so great at the beginning but then I did the reset thing she told me to do and it helped.”*
—P., volleyball player

*Testimonials found on this site are examples of what we have done for other clients, and what some of our clients have said about us. However, we cannot guarantee the results in any case. Your results may vary and every situation is different. No compensation was provided for these testimonials.

*Some names have been changed or modified to protect client confidentiality.